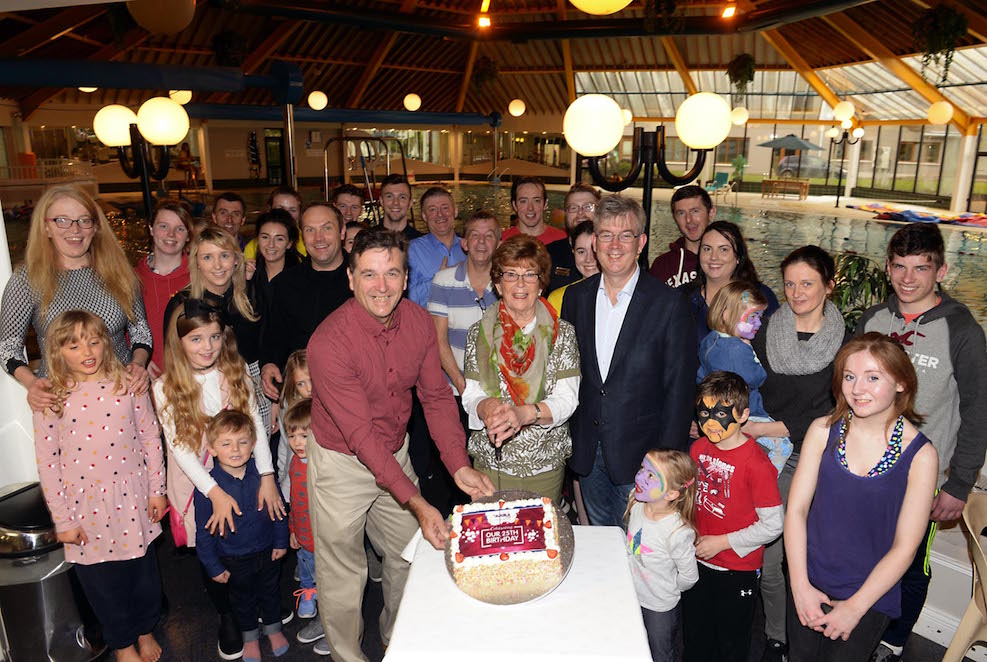 Celebrating the 25th anniversary of the opening of The Aquila Club Leisure Centre in The Gleneagle Hotel on Saturday were Margaret O'Donoghue, Patrick O'Donoghue and Eamonn Quigley who has managed the centre since the opening. PICTURES: DON MACMONAGLE

A WHOLE host of water babies of all ages dived into the celebrations that unfolded as The Aquila Club at The Gleneagle Hotel marked its 25th anniversary. The leisure centre hosted an open morning on Saturday, showcasing its facilities.

The centre, boasting a 25-metre pool, children’s pool, Jacuzzi, sauna and steam room, was officially opened a quarter of a century ago by the then-Taoiseach, Charles Haughey, on November 8, 1991.

The Aquila Club has since evolved into a hub for fitness enthusiasts and families of all ages as well as providing a base for The Gleneagle Squash Club and Killarney Tennis Club.

Managing the centre since it opened, Eamonn Quigley said: “Maurice O’Donoghue’s vision for this leisure centre was that it would be one of the best in the country and provide a fantastic facility for the people of Kerry.
“It’s hard to believe we are open twenty-five years. Today we see many of the kids who learned to swim here in the '90s now bringing their children swimming here.”

Celebrating the 25th anniversary of the opening of The Aquila Club Leisure Centre in The Gleneagle Hotel on Saturday were Margaret O'Donoghue, Patrick O'Donoghue and Eamonn Quigley who has managed the centre since the opening.
PICTURES: DON MACMONAGLE

Catherine Fulvio cooks up a festive feast at Muckross Park