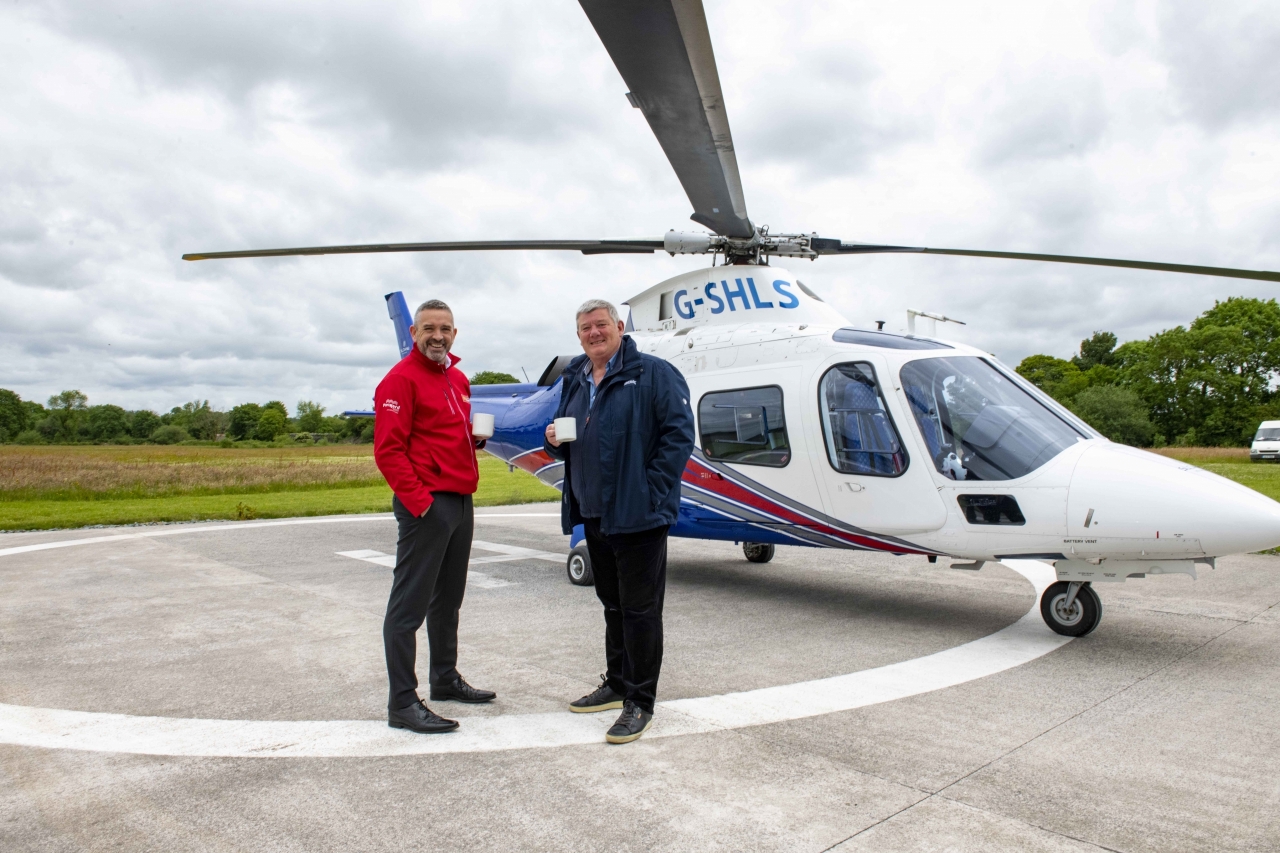 The Irish Community Air Ambulance (ICAA) has responded to the highest number of road traffic collisions in a single month since the organisation first launched.

The Helicopter Emergency Medical Service (HEMS) Air Ambulance was tasked to 15 separate crashes during May.

The increase in crashes has pushed the number of call outs for the helicopter up by 14% when compared to April. The service is also facing increasing fuel costs. For this reason, and to support the expansion of its ground-based Volunteer Doctor service, the Irish Community Air Ambulance has launched a major fundraising drive with support from RTÉ presenter John Creedon.

The charity works in partnership with the National Ambulance Service (NAS) and is tasked to serious and life threatening emergencies. The HEMS Air Ambulance is based in Rathcool, Co Cork with critical care teams on the ground in Dublin, Mayo and Donegal.

The helicopter responded to 205 incidents in the first five months of this year. There were 48 taskings in May alone, up from 42 during April.

The ICAA is encouraging people to host a BBQ or coffee morning during July to raise vital funds for the organisation. John Creedon joined the team at the base for the first 'Brew for the Crew' event of the summer.

“The Irish Community Air Ambulance has had a huge impact right across the country since the service first launched almost three years ago. However, it's rural communities in Munster, places that are some distance from the nearest hospital, that have benefited most. The figures for May speak for themselves and show that the demand for the service is increasing. Nobody sets out on their day thinking that they will need the services of the Air Ambulance but we know that life can change in an instant and when trauma strikes, it's vital to know that help is on the way. That’s why this charity service is so important,” said Creedon.

Matthew Maye on his way to pool stardom