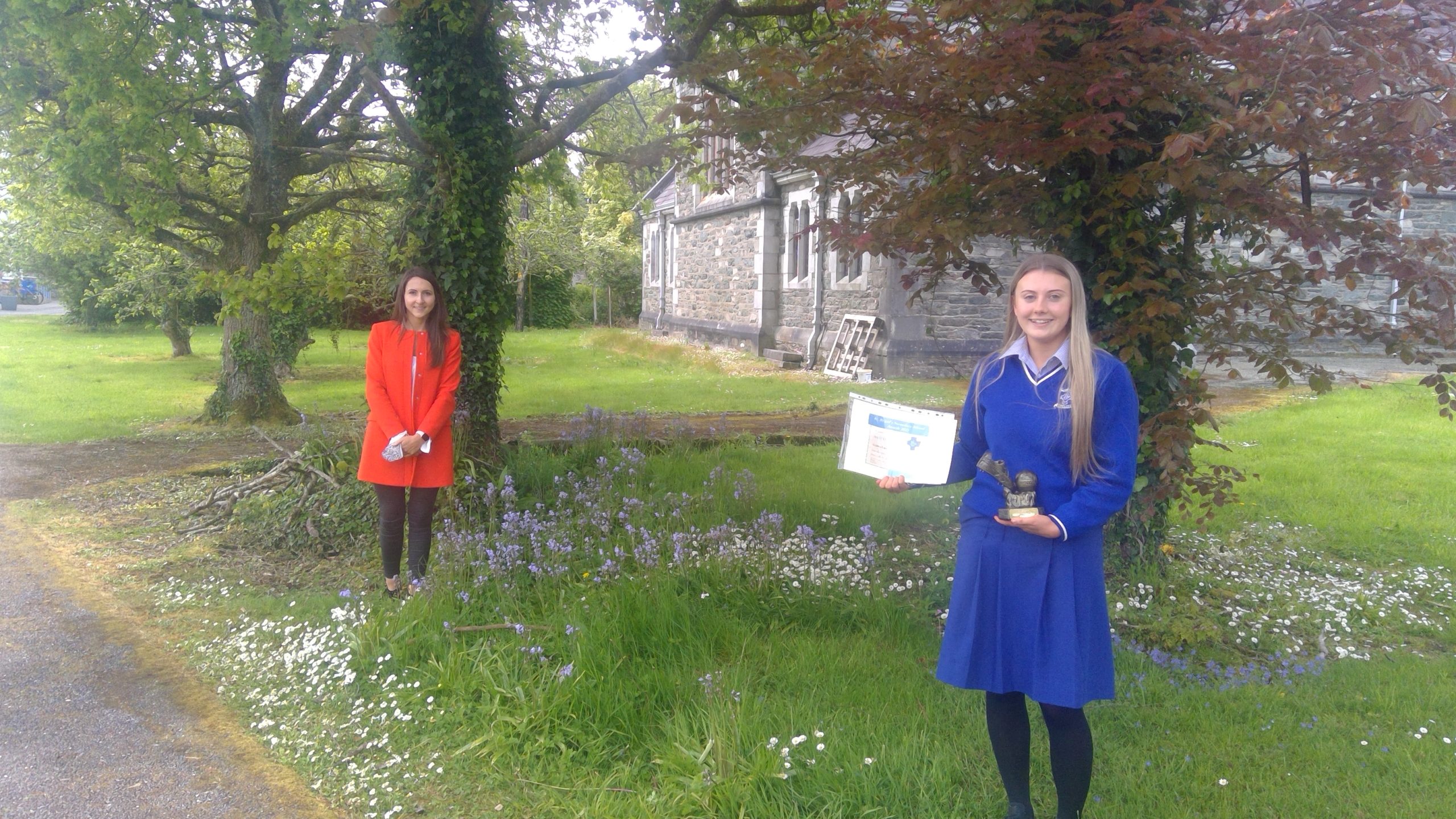 Sixth Year student Ava Doherty, pictured with teacher Adrienne Brosnan, who won the 'Golden Football Boot for GAA' the first of its kind in St. Brigid's.

Sixth Year student Ava Doherty, pictured with teacher Adrienne Brosnan, who won the 'Golden Football Boot for GAA' the first of its kind in St Brigid's.

It's been a difficult year for students with the pandemic pushing them once again into home learning earlier this year but as they settled back in to school students proved that it didn't deter them from achieving their goals.

And it was smiles all around as the annual St Brigid's Presentation school awards went ahead last week.

Sixth Year student Ava Doherty won the 'Golden Football Boot for GAA' the first of its kind for the school.

"Ava truly deserved this as she has a great love and passion for football and GAA, her football skills are second to none," her coach Emma Bunsworth said.

"She reads the game phenomenally and is a natural footballer. Ava is a real team player, a leader on the field and always willing to empower her knowledge to the younger players of the squad. She has brought a really high standard to her training sessions during her time in St Brigid's. During the Munster Final she played a key role as sweeper and showed her maturity in the game. Well done Ava, well deserved," her other coach Adrienne Brosnan said.

"This award holds a very special place in our school community. The recipient of this award is selected by the teaching staff based on the following criteria; full participation in the life of the school, has co-operated with peers and staff, has used leisure time in a creative way, has shown leadership qualities, has shown a sense of humour and is full of the joys of life, and, like Orla, gave time and talent to help those in need," school PRO, Sheree Murphy, said.

Ilona Sheehan was awarded for Promoting Student Voice in the Community, while three others, Kate Lynch, Anna McGrath and Claire Stagg, were awarded for Dedication to Music in St Brigid's.

"The Ceist Award winner was Laura Looney. The recipient of this award is also nominated by staff members. The student gets selected based on who they think reflects the five core values of CEIST; promoting spiritual and human development, achieving quality in learning, showing respect for every person, creating community, and being just and responsible."

New book on the Ballymacandy Ambush of June 1921