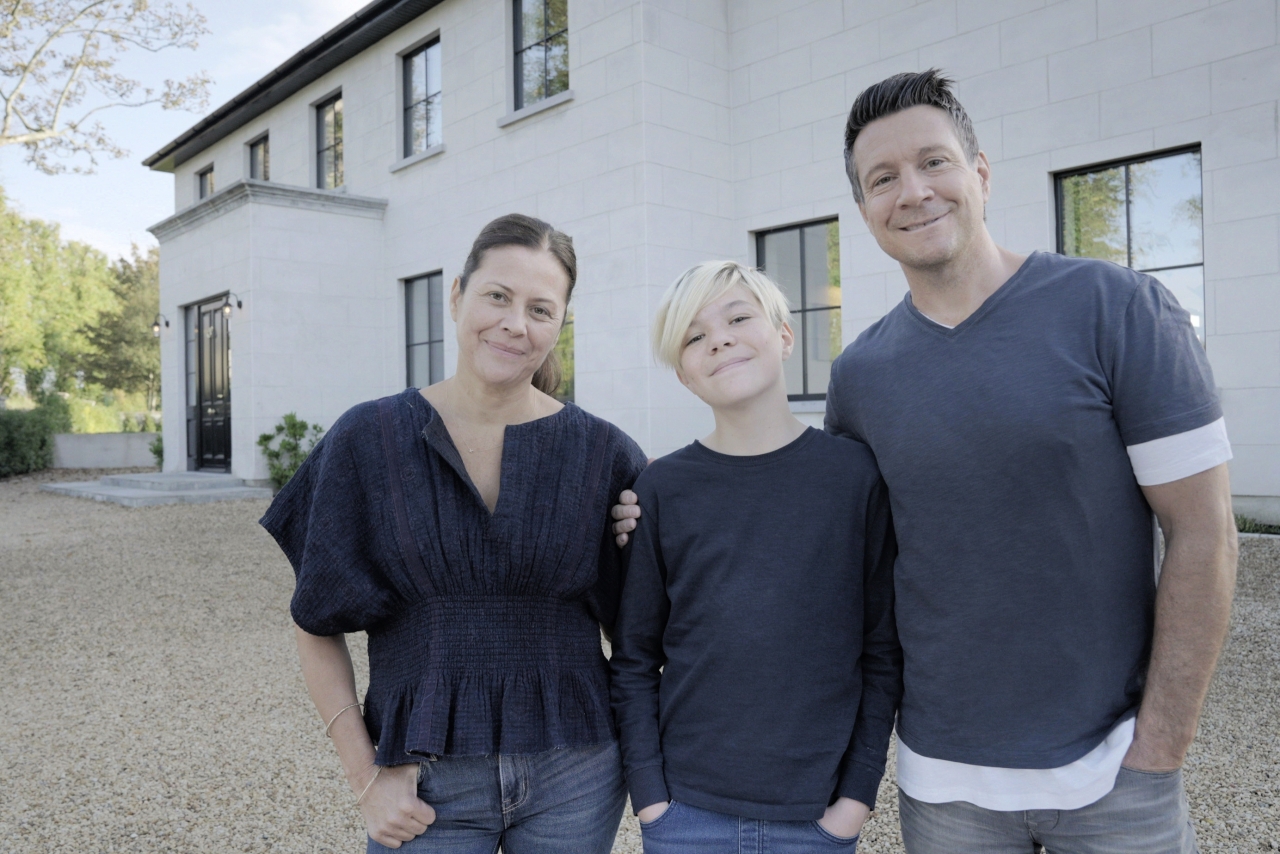 HOLLYWOOD HOME: Tony McManus pictured with his wife Imogen and son Kai whose home featured on RTÉ's Home of the Year on Tuesday night.

A couple who brought “Hollywood Hills to Kerry” were thrilled when their stunning new home made the final of an RTÉ show on Tuesday night. 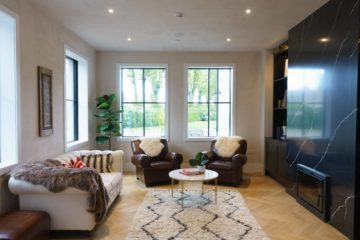 The house, which has a traditional exterior but a very modern and contemporary feel inside with a large open plan throughout includes an “American vibe with the carport and big garage”, a cinema room, a basketball area outside, and a gym in the garage, impressed the judges on Home of the Year.

Judges, architect Hugh Wallace, award winning architect Amanda Bone, and new judge, award winning interior designer Sara Cosgrove, who seek out creativity and clever design, loved it so much that they marked it 26 out of 30 beating two other competing homes in the first episode of the new series.

Hugh said there was an “American vibe with the carport and big garage”. And given that the owners Tony McManus, his wife Imogen and their son Kai, moved from LA back to Kerry, he was spot on.

Tony, originally from Ballyduff, emigrated to LA 20 years ago but “home was always where the heart is” and during a six month stay in Kerry to spend quality time with relatives, they decided to pack up their beach life to settle in Killarney.

And Tony is no stranger to town. His grandparents Dan and Josephine Foley, and mom Marie came from High Street and he himself was a boarder for five years in The Sem finishing school in the early ‘90s.

“We’re back to where we wanted to be,” Tony told the Killarney Advertiser this week. “We moved in January 2019 for six months for my son to spend time with his grandparents. Then my son and wife came to me and said they didn’t want to go back. We were looking for a while to buy a house and my wife wanted to be near Killarney National Park.”

The couple purchased a site on Ross Road and hired the services of Denis O’Sullivan of Crossmount Construction who managed to bring their vision to life. The build began in November 2020 and was completed in December 2021 with a three month shut down due to the pandemic restrictions.

“He was fantastic to work with,” Tony said.

“It turned out better than we hoped. We had nothing but the best of experiences with contractors and talented tradespeople. Without them we wouldn’t have our beautiful home. We love it, we’re so fortunate.”

The new series of Home of the Year airs on RTÉ One at 8.30pm on Tuesday nights for the next seven weeks, and will be available on-demand on RTÉ Player each week after broadcast.