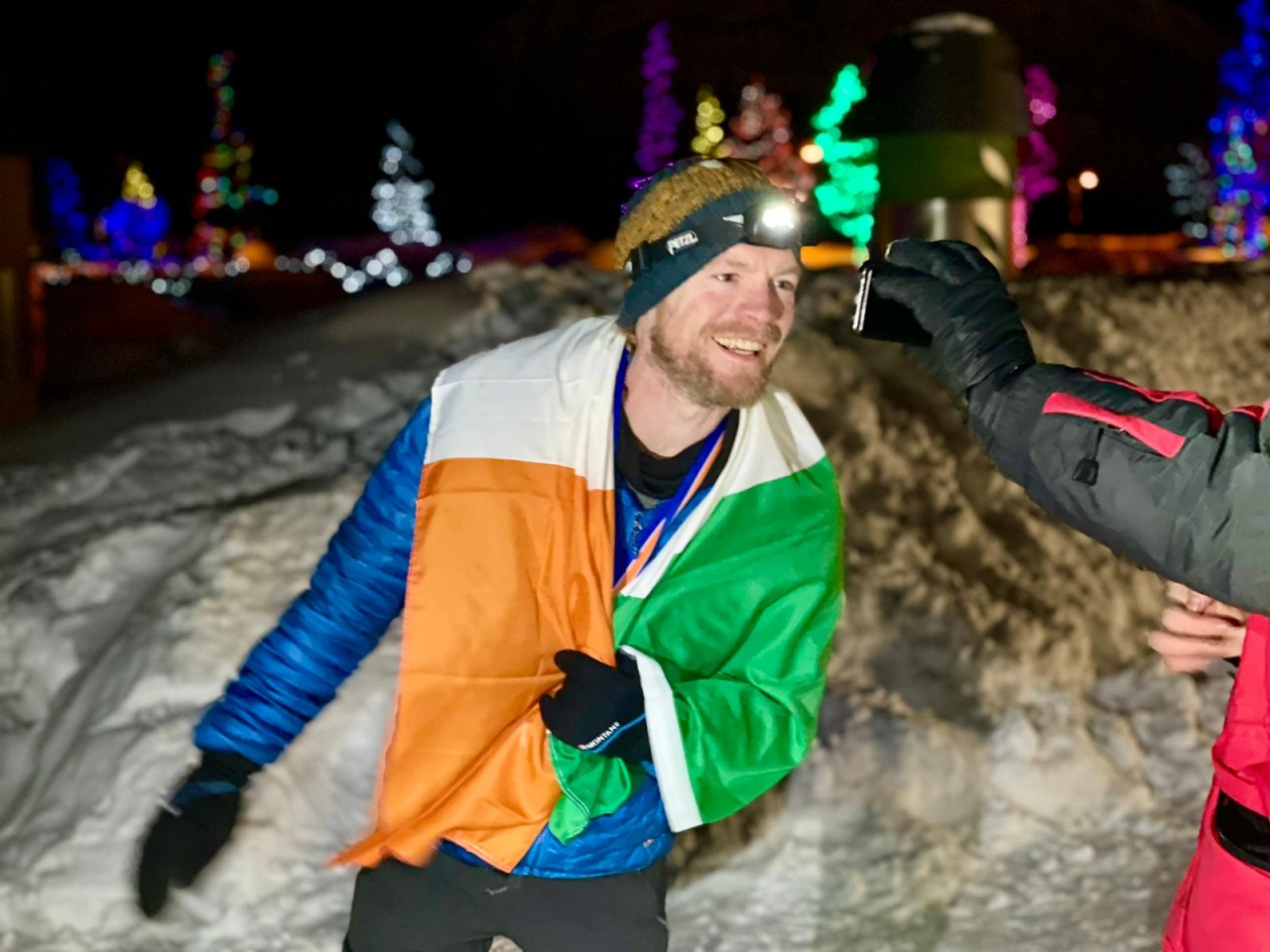 FINISH: Kevin Leahy has reached the finish of the Yukon Arctic Ultra Marathon in Canada in first place in his class and second place overall. Photo: Adrian McCarthy

Killarney man Kevin Leahy - who took on the ultimate challenge - has today (Wednesday) reached the finish line of the world’s coldest and toughest race. 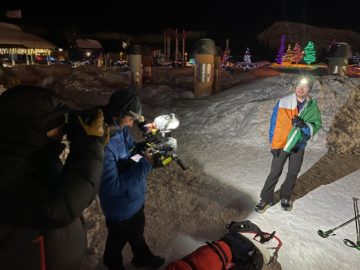 Kevin crossed the line at the Yukon Arctic Ultra Marathon in Canada - where temperatures can dip as low as -50°C - in first place in his class and second place overall.

Kevin completed the course at lunchtime today – around 6am Canadian time, in a time of five days, 19 hours and 15 minutes.

Rival Jessie Gladish finished almost six hours ahead but the Canadian was on a bicycle. Kevin was on foot meaning he was the first athlete to complete the gruelling race under his own steam.

Third placed is a race between Stephan Huss of Germany and Daniel Benhammou who were over 180 miles away from the finish by the time Kevin crossed the line.

A second Kerry man, Aodh O Currain from the Dingle Peninsula, is currently in fifth place.

Throughout the 500km race Kevin had to be fully self-sufficient and dragged a sled weighing between 25kg and 30kg with all his cooking essentials, tent and spare clothes on board.

Some of the final section of the 500kms had to bypassed as there was too much ice on the bank of the River Yukon. Competitors were originally expected to walk or run on the frozen river but the excess ice on its banks meant there was no available escape route should they hit trouble.

The Pawn Office Lane-based company is run by director and producer Adrian McCarthy and he is making a documentary on Kevin’s adventure.

“Kevin hasn't slept for around 27 hours and he isn’t talking too much to be honest,” Adrian told the Killarney Advertiser from the Whitehorse finish.

“Still, it's class that an Irish man is the first foot racer over the line.”

Kevin has no intention of resting on his laurels. In just a few weeks he is off to Swedish Lapland where he will tackle a second 500km race.

The Lapland Arctic Ultra, billed as a race “through Europe’s last wilderness”, takes place between March 6-16 in Överkalix, Sweden. The Swedish town is about 160km west of the Finnish town of Rovaniemi, the official home of Santa Claus in Lapland.