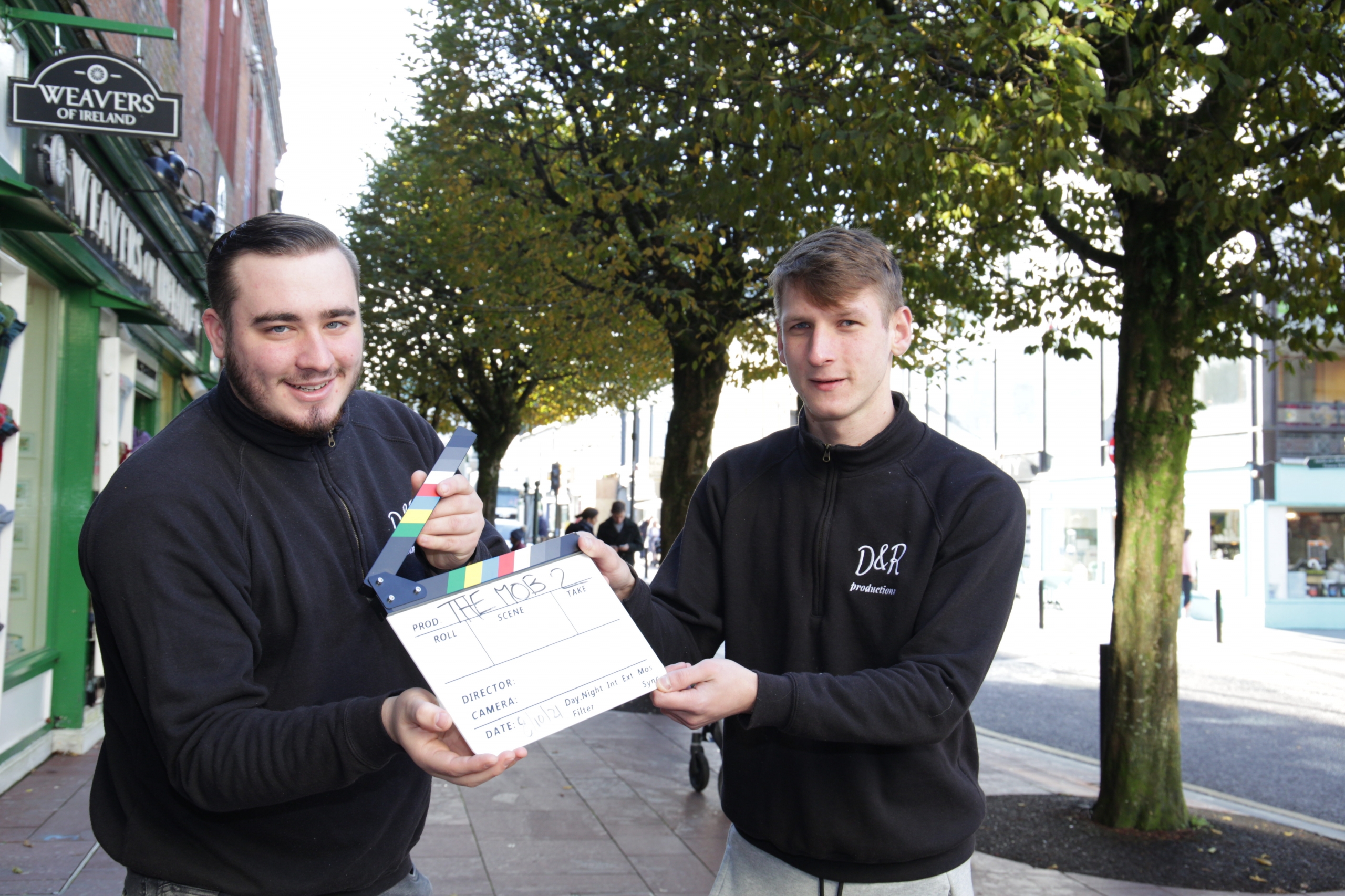 FILM: David Coffey Weakley and Roman Gallagher are looking for extras to take part in 'Mob 2' in town next week. Photo: Michelle Crean

Two young filmmakers - who have the dream of making it big in the film industry - are seeking extras for their new film.

David Coffey Weakley and Roman Gallagher from Listry are looking for extras to take part in a scene in their new film 'Mob 2' which they will film in town on November 16.

They plan to film in a number of streets in the town for about two hours from 2am and need people in the background to create a busy scene.

The childhood friends set up D&R Productions in December 2019 and have made a number of other short films together with dreams of hitting the big time in the film industry.

"We both have a passion for filmmaking," David, who works in Foley's Fossa, told the Killarney Advertiser.

"This film 'Mob 2' will be longer, about an hour. We have filmed some scenes since June and hope to have it ready by early next month."

David enjoys acting and writing scripts while Roman, who works in the Plaza Hotel, enjoys editing and camera work.

The film is a crime drama, he added.

"'Mob 2' is a gangster film about Thomas Crane. He's trying to take over the Irish side of the gangs but then he realises his past comes back to haunt him from Mob 1. We're looking for 10 extras of any age to create a scene. It's towards the end of the film and we'll be running through the busy streets."

Anyone who'd like to take part can email productionsdr99@gmail.com.

Ian plans to stand out in new radio chat show