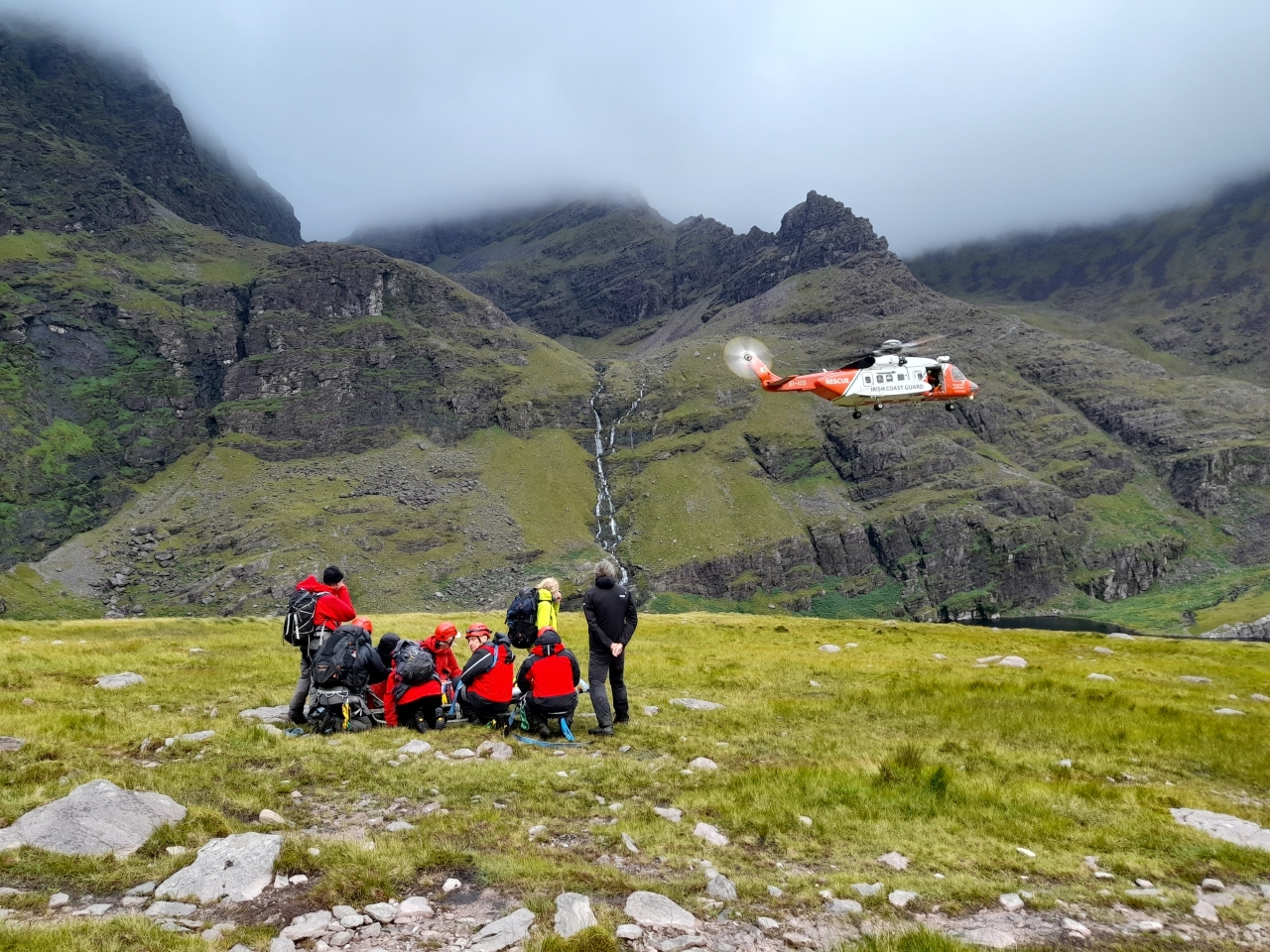 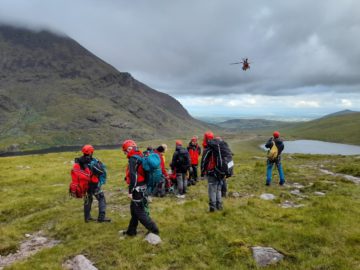 A male walker in his 40s was airlifted to University Hospital Kerry (UHK) yesterday (Sunday) after sustaining injuries in a fall near the top of the Devil’s Ladder.

A full callout was initiated and 24 Kerry Mountain Rescue Team members came to the walker's aid at 2.45pm on Carrauntoohil.

Members of the team treated the casualty at the scene before lowering him by stretcher down to Ard na Locha where he was subsequently evacuated to UHK by Coastguard helicopter R115. The rescue, the 16th incident in August alone, concluded at approximately 8pm.

The latest rescue follows a number of busy periods with nine callouts in June and eleven in July.

Of the August callouts to date there have been eleven injuries including five ankle/knee injuries, one broken leg, two broken ankles, one suffering from exhaustion, one dislocated shoulder and one broken hip/pelvis. There were also five incidents of lost parties.

"While a number of the incidents over the summer could be classified as accidents suffered by experienced hill goers, unfortunately the vast majority have involved parties who were unprepared and ill-equipped for their mountain activity," according to Colm Burke, PRO of Kerry Mountain Rescue Team.

"There have been numerous examples of people with inappropriate footwear suffering injuries from slips and falls, groups starting out too late and not taking account of weather conditions, and parties with no knowledge of the ground or area they are in subsequently getting lost."

A concerning trend observed in recent weeks has been the number of families with young children attempting to climb Carrauntoohil without the appropriate footwear, clothing or equipment.

"The rise in the number of incidents and the types of trends being observed is of particular concern to the team as the potential for more serious injuries or fatalities is greatly increased."

He said that the volume of callouts is putting huge pressure on the team of volunteers who willingly sacrifice their own time to respond, often in difficult conditions and late in the evening.

The team would urge people to take more personal responsibility and ask themselves the following questions before venturing out into the mountains:

* Are they fit, competent and experienced?

* Are members of their group similarly fit, competent and experienced?

* Do they know the area and can they navigate effectively in all weather?

* Have they checked the weather forecast?

* Do they have a route plan and have they notified someone on the ground of their intended route, start time and expected return time?

"The team fully understand that accidents can happen to anyone on the hills at any time regardless of experience and competence, so if you or your party does get into difficulty do not hesitate to call 999 or 112 and ask for Mountain Rescue."