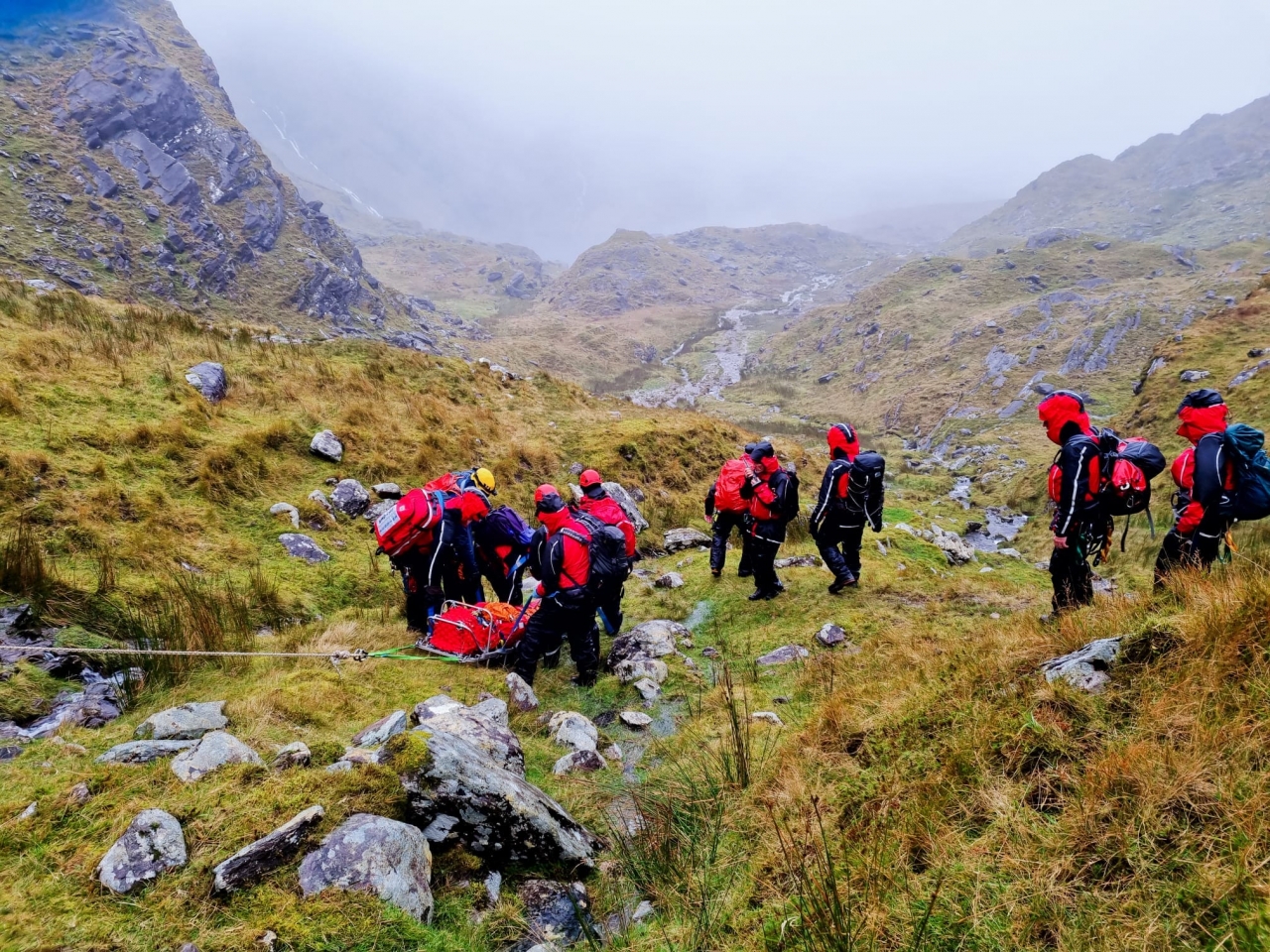 Kerry Mountain Rescue Team dealt with 68 callouts in 2021, which was the busiest year since the team’s establishment in 1966.

It follows a quiet year in 2020 with the COVID-19 pandemic casting a shadow over both years; strict lockdowns meaning fewer numbers of people taking to the hills last year, and the reverse trend in 2021 with huge numbers of people out and about, particularly over the summer months.

The large increase in visitors to the mountains of the South West this year inevitably resulted in a higher rate of callouts with the majority of incidents occurring in the McGillycuddy’s Reeks and a number of others occurring on the Dingle and Beara peninsulas.
Slips, falls and lost parties accounted for the vast majority of incidents with a high percentage of serious injuries.

“Though accidents can and do happen to even the most experienced mountaineers, the main trend in incidents during the year involved a significant number of poorly prepared and ill-equipped parties on the hills,” said a Kerry Mountain Rescue Team spokesperson.

“While it is fantastic to see the increase in popularity of mountain sports in recent years, we would strongly advise people new to the mountains to ensure they research their chosen activity well in advance and employ the services of a guide or join a club to learn the skills required for a safe and enjoyable adventure.”

The team continued to train regularly throughout the year, ensuring that essential core skills such as first aid, casualty care and evacuation, technical ropework, navigation, 4x4 and radio communications were refreshed with newer skills and techniques well-practiced in all conditions.

“Once again, we would like to extend a sincere thanks to all those who have donated funds to the team over the year. The team relies heavily on donations to meet our annual running costs and we very much appreciate the effort that donors and fundraisers make in this regard,” added the spokesperson.

New Aldi store in Killarney to open on Thursday next