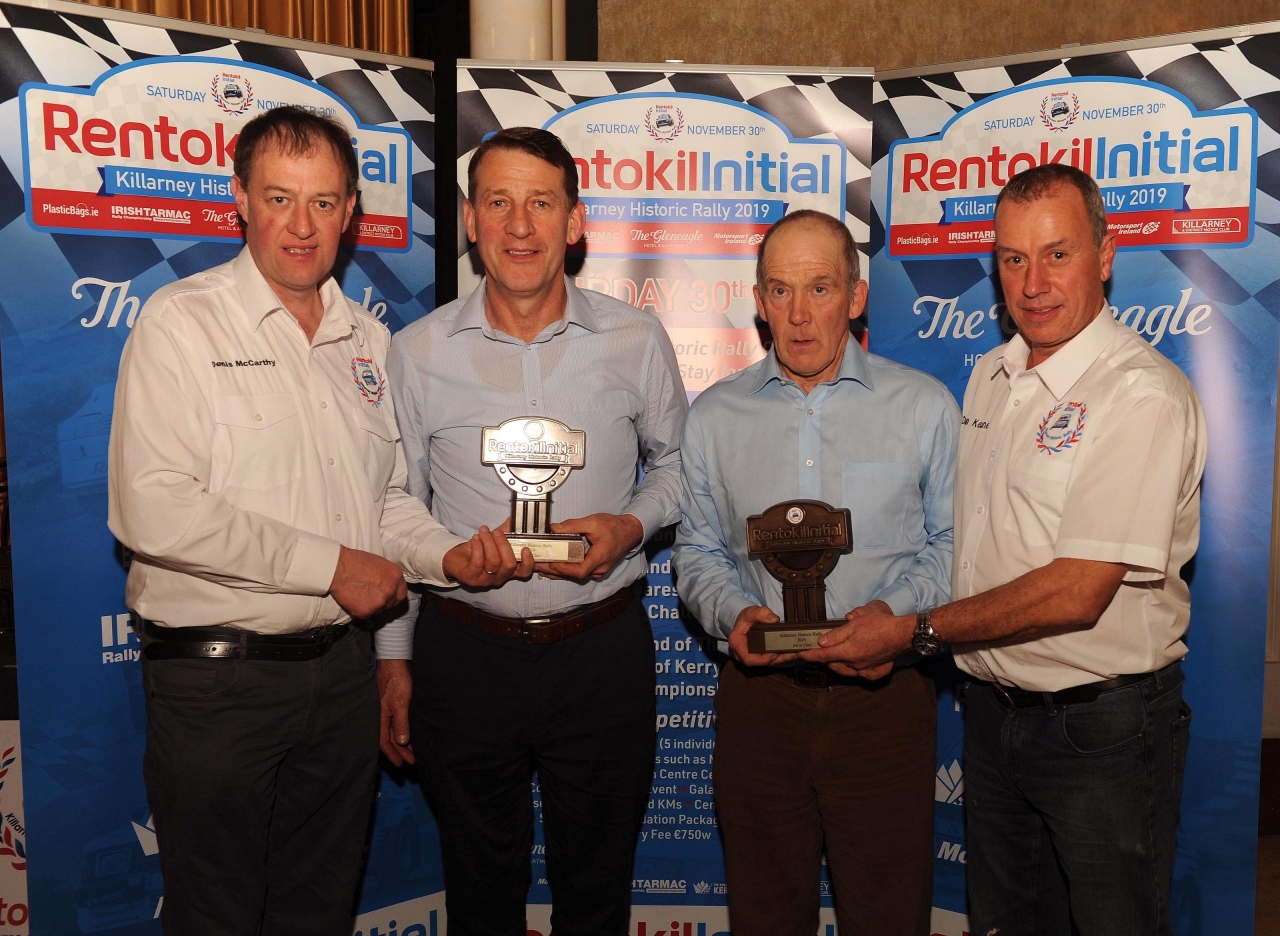 It’s all change at the helm of Killarney and District Motor Club as a new committee has been elected to lead the club into the future.

The club held its much delayed 2020 Annual General Meeting, in a socially distanced manner, at Killarney Racecourse last Thursday evening.

Long-serving club official and volunteer Dan Keane from Kenmare, was elected as the club’s chairman replacing Muckross’ Diarmuid Cronin who stood down after over 10 years in the position.

Dan brings a wealth of experience to the role. He has held several senior positions on the organising committee of the club’s two main events, The Rally of the Lakes and the Killarney Historic Rally.

A former rally co-driver, highlights of his 10-year career include winning his class in the 2000 Irish Tarmac Rally and finishing ninth overall on the Manx Trophy Rally the same year.

“It is a great honour to be voted in as the chairman by my club colleagues,” he said. “I am looking forward to the future of the sport and seeing some sort of normality returning.”

He paid tribute to Mr Cronin and his outgoing team before taking up his position as the chair of second-biggest motor club in Ireland.

Other newcomers to the committee include Orla Galvin Griffin as the new treasurer and Ivan Hurley as the new club PRO.

Virtual ceremony for this year’s Celebration of Light

Motorists got to see the all new fully electric Toyota BZ4X for the first time at the Gleneagle Hotel on Sunday. The newly launched car was one of 20 on […] 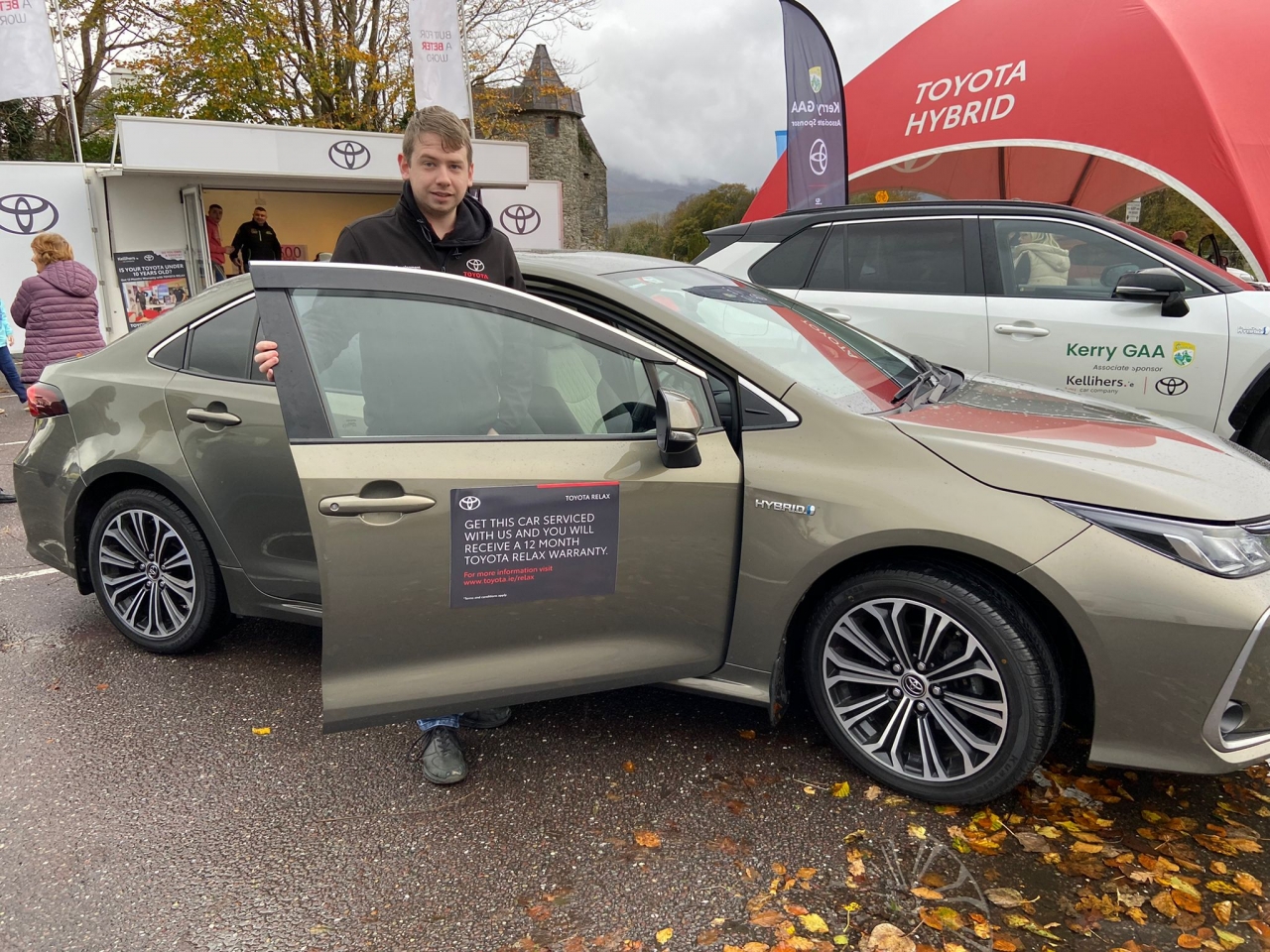 Motorists got to see the all new fully electric Toyota BZ4X for the first time at the Gleneagle Hotel on Sunday.

The newly launched car was one of 20 on show as part of Kelliher’s 231 Toyota Roadshow that was held on the hotel’s grounds last weekend.

The all new Corolla Cross SUV hybrid electric was also on show for the first time outside Kelliher’s showroom Tralee.

“You can see first-hand the size, styling and driving position of this spacious, high-riding SUV with our most advanced Hybrid Electric and safety technologies yet,” Kelliher’s marketing manager, Yvonne McMahon, said.

The roadshow ran from 11am to 4pm and there was strong turnout of people there for the event.

Craig Breen has coaxed Paul Nagle out of retirement for next month’s Rentokil Initial Killarney Historic Rally. The Aghadoe man made the announcement at the rally’s official launch at the […] 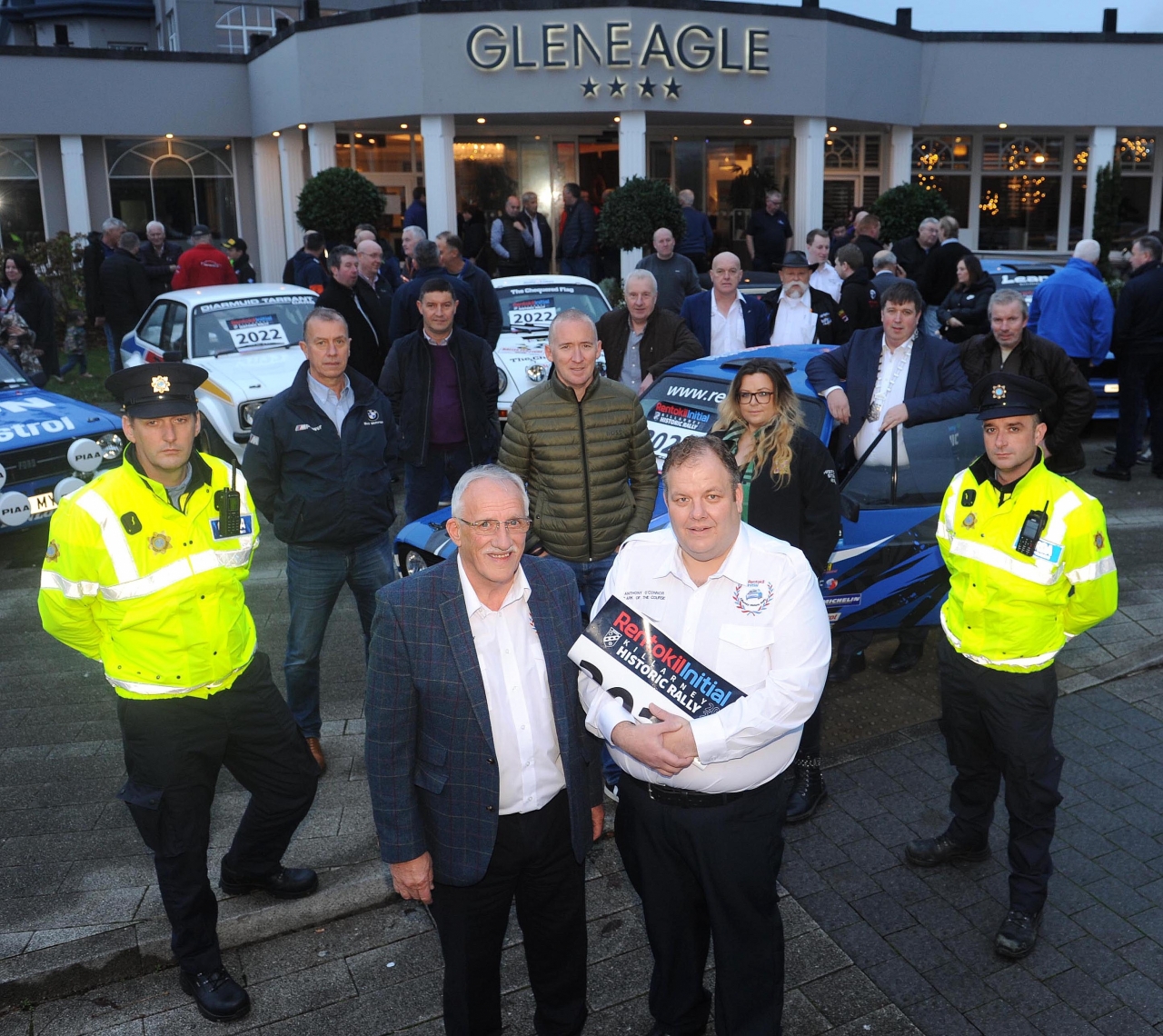 The Aghadoe man made the announcement at the rally’s official launch at the Gleneagle Hotel in Killarney on Sunday.

In October Nagle announced his retirement from the World Rally Championship.

He was in Japan this week to complete the handover to Breen’s new co-driver James Fulton and returned to Ireland on Sunday just in time for the launch.

The 2021 event winners will drive the Ford Sierra Cosworth that Frank Meagher drove to victory in the 1992 Circuit of Ireland Rally.

The late Tipperary driver was Breen’s childhood rally hero and he recently completed a full restoration of the Sierra.

The Killarney rally will be the car’s first appearance since the restoration.

“We are looking forward to going out for a big battle with some local drivers,” Nagle said.

Killarney and District Motor Club confirmed at the launch that it had received 230 entries for the 150 available spaces.

Sunday’s launch was attended by several dignitaries including TD Danny Healy Rae and Niall Kelleher who is the Mayor of the Killarney Municipal District and president of the Chamber of Tourism and Commerce.

“This event is a great advertisement for Killarney; the exposure it gives and the much-needed business at a quieter time of the year,” Mr Kelleher said.

“To those visiting our town please do enjoy yourselves.”

Echoing those words Healy-Rae said: “This is a great event for the town of Killarney, coming at the dead end of the year, and it gives great exposure for the County of Kerry.”

“It is hugely important that elected officials recognise the importance of motorsport in Ireland,” he said.

Garda Gary Carroll of the Kerry Roads Policing Division was there to bring a road safety message to the large group of rally fans who attended the event.

“Keep the race in the place,” he said. “This is a wonderful event and adds to the town of Killarney and County Kerry.”